Seventeen years ago I worked for a nonprofit that sought to promote the virtues of marriage and its incalculable bearing upon the common good. After a year of campaigning 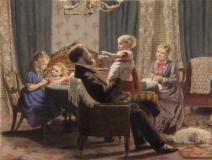 for a cause which I believed to be one of the most significant if not the most significant in our nation’s history, I stepped out in order to focus my time and energy on my own marriage and on the amazing fruit of that relationship, which at the time was about 20 inches long and wrapped in a soft but tiny blue receiving blanket. Unbeknownst to that precious little bundle, the two hearts of this husband and wife were now intricately bound with his own and he would carry them with him for the rest of our lives.

This is what family is about. Two become one, and that one can become three.   Or, in our case after 21 years, eight. But like the Blessed Trinity, while we are three (or four or eight, or thirteen), we are still one. By virtue of the sacrament of marriage and the blessing of parenthood, families are a single unit, each individual part of which serves to help every other part, that the whole may one day attain heaven.

Ultimately, family is about sacrifice. Something that must be promoted in today’s world.

Few can describe the beauty and purpose of family life as eloquently as did Pope [Saint] John Paul II, in his encyclical, Familiaris Consortio:

Christian marriage, like the other sacraments, “whose purpose is to sanctify people, to build up the body of Christ, and finally, to give worship to God,” is in itself a liturgical action glorifying God in Jesus Christ and in the church. By celebrating it, Christian spouses profess their gratitude to God for the sublime gift bestowed on them of being able to live in their married and family lives the very love of God for people and that of the Lord Jesus for the church, his bride.

Just as husbands and wives receive from the sacrament the gift and responsibility of translating into daily living the sanctification bestowed on them, so the same sacrament confers on them the grace and moral obligation of transforming their whole lives into a “spiritual sacrifice” (#56).

God has given us a magnificent gift – the family is the foundation of all of society. Solid families build strong  neighborhoods. Strong neighborhoods come together as proactive communities. Proactive communities make up productive towns, uniting to form sovereign states in our case, which then come together to share their values beneath the umbrella of a great nation.

This all works very well.

Until the foundation crumbles.

As the family goes, so goes the nation and so goes the whole world in which we live. – Pope John Paul II

In the case of our own nation, the cracks are visible; but rather than fixing the foundation, we are busy re-plastering and re-painting all the residual damage.

Daily we hear about problem after problem, each calling for serious solutions. Crime rates are on the rise and gun violence is increasing, as are random violence, poverty, dismal education scores, drug abuse and availability, the divide between the rich and the poor, the number of children born to single parents, the strain on social services,  and more.

As a nation, we are desperate to find solutions to each of these problems. And the solution most promoted is legislation. We decrease sentencing so that fewer crimes result in jail time. We attempt to restrict guns so that criminals cannot commit crimes. We hear about police brutality, a need for additional aid to the poor, increased spending on education, a redistribution of wealth, more counseling and free daycare for single parents. The answer to every proposal that has been tried and failed is to spend MORE money and give MORE consideration!!!  And yet, we have been increasing funding in each of these areas for decades now.

Because there is no amount of money that will solve any of these problems. Simply put, a lack of legislation is not the problem. In fact, legislation actually contributes to the problem, to the extent that it demeans the institution of the family.

The family has been chiseled away to an unrecognizable version of its former self. We are now standing on the quicksand of relativism, individualism and self-determination. We are being sucked under by political correctness and a refusal to make judgements that promote the common good.

And yet, those judgements must be made. God designed the family perfectly. We redefine it to our detriment. Every child needs a father and mother; and, despite efforts to ignore the obvious, all social science evidence points to that simple fact.

As a society, we have a moral obligation to promote the good.

Divorce and single-parent families increase the chances that children will have significant problems throughout life. Children of divorce are more likely to get addicted to cigarettes, drugs or alcohol,  commit crimes and struggle with reduced performance in school . They often suffer from lower high school and college graduation rates compared to their married-parent counterparts and are significantly more likely to grow up in poverty. Girls growing up with a single-parent are more likely to become pregnant while in high school. And the trend continues to further generations, as children of divorce are more likely to divorce themselves. (Interestingly enough, a single-parent home as the result of the death of a parent does not have the same damaging affects.)

The most comprehensive examination of the complex and long-lasting effects of divorce on children was conducted by Dr. Judith Wallerstein, who tracked 100 victims of divorce over the course of 25 years to thoroughly evaluate its longitudinal affects on their lives. The dramatic results can be read in her book, The Unexpected Legacy of Divorce.

In addition to the fact that divorce often has a negative effect on children, there is also evidence to demonstrate that divorce is contagious. According to Pew Research, we are 75% more likely to get a divorce if we have a friend that gets a divorce.

And when we do divorce, and months or years later find a mate whom we believe to be our true love? We may be fooling ourselves. Second marriages have a 67-80% chance of ending in divorce.

This is a spiraling cycle that has spun out of control. Let no one quote to you statistics that tout decreasing divorce rates. Because we’re also dealing with a generation full of cohabitation and out-of-wedlock childbirth, which in turn lead to all the same results discussed above.

No where is this information refuted. Instead, it is ignored because it flies in the face of the political agenda of the day. The widespread mindset that promotes following our own hearts; doing what makes us “happy.” Unfortunately, that mindset doesn’t even serve adults in the long run, as more often than not, divorce does not lead to increased happiness.

If we are to survive as a nation, we must stop trying to redefine the rock that is the family, and once again build a culture that  promotes this sacred institution.

There is a lot we can do to promote the common good as a society. Of course, our greatest impact on our children will come from the lives we lead in our own homes. But with the entire culture seeking to destroy our best efforts, that has become uphill battle. Combined with our own efforts, messages from every level must promote the common good.

We must be able to say that marriage is good, cohabitation and sex before marriage are bad. Commitment is good. Selfishness is bad. Feelings are fleeting. True love is a verb.

For years, we have subtly desecrated the notion of the two-parent family through each and every one of those mediums. Here is just one example from Hollywood.  Mrs. Doubtfire– an unbelievably celebrated movie – was so funny that perhaps you didn’t even notice how it attempted to redefine the institution of the family:

There are all sorts of different families, Katie. Some families have one mommy, some families have one daddy, or two families. Some children live with their uncle or aunt. Some live with their grandparents, and some children live with foster parents. Some live in separate homes and neighbourhoods in different areas of the country. They may not see each other for days, weeks, months or even years at a time. But if there’s love, dear, those are the ties that bind. And you’ll have a family in your heart for ever.

Very subtle; very sly; one message among many.

You may defend Mrs. Doubtfire by arguing this message is true. After all, we must support children who are not so blessed to have a father and mother. They should be validated rather than suffer some stigma because their parents are divorced, or perhaps never married. Let me first say that those children are not fooled. As a child who grew up with divorced parents, all the messages in the world would not have convinced me that having my dad live somewhere else was just as “good” as having him live with the rest of us. You can offer all the platitudes you like, but kids know  when they are getting the short end of the stick.

For adults on the other hand…the message subtly validates what are no doubt complex and difficult decisions. And it as no doubt reassured countless parents who find themselves in unhappy marriages.

Mrs. Doubtfire came out over 20 years ago. And the messages that we have received since that time – from just about every direction – have only served to further deteriorate this sacred institution. There have been exceptions. But those exceptions are too few and far between.

It’s time we call foul. We must say NO to all efforts that attempt to legislate symptoms rather than dealing with the problem. We need to make clear that while, yes, there are all sorts of different families, the one that God ordained is the one that best promotes the common good.

Until we do, we will continue to build our house upon the sand. 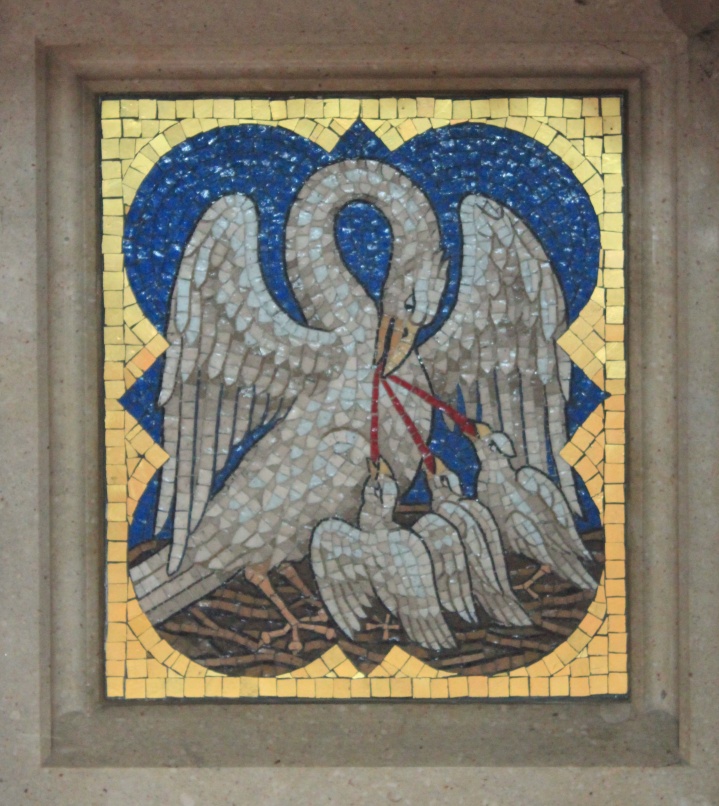