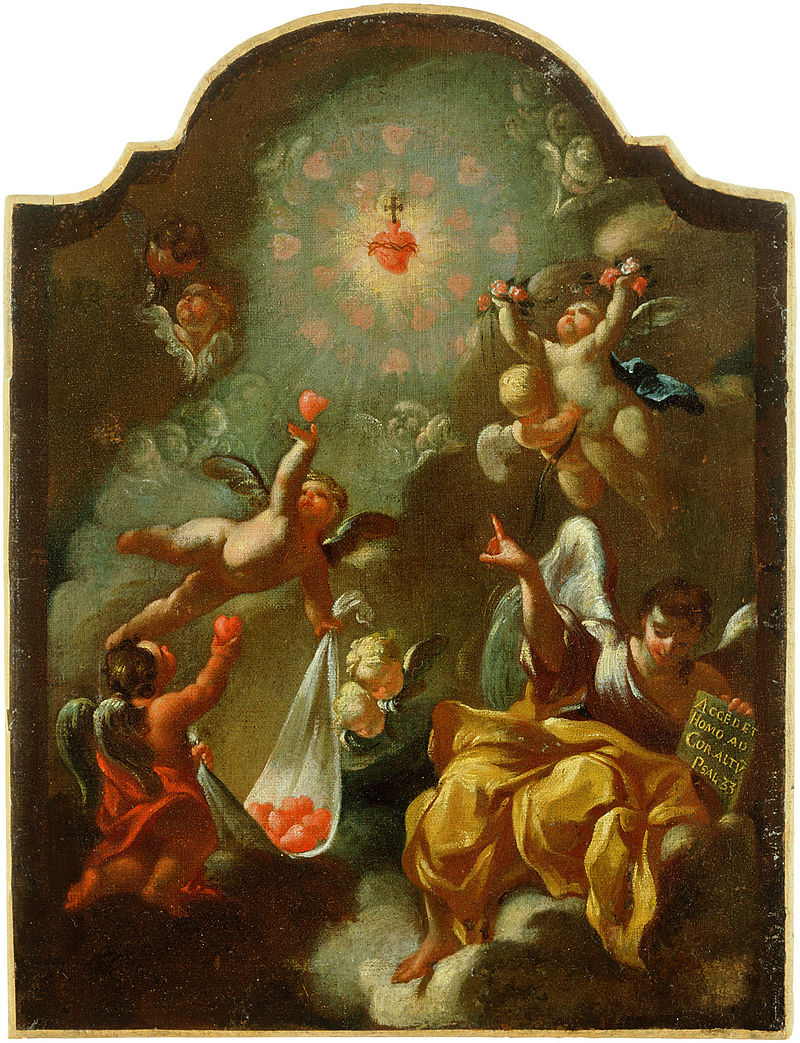 On the eve of the Solemnity of the Most Sacred Heart of Jesus (that would be last night), I finished reading Raymond Arroyo’s Mother Angelica:Her Grand Silence, his final chapter

on the last years of Mother Angelica‘s amazing life. I could have read no better book as a “novena” of sorts leading up to the day of one of my favorite feasts.

Particularly for those who do not “get” the concept of redemptive suffering, this book illustrates the beauty and value of suffering and sacrifice in Mother Angelica’s straightforward and no frills way.

Mother’s story is compelling in its simplicity. The words do not merely relay church teaching, but rather provide an intimate recording of the profound and powerful nature of sacrifice made in the August of life.

Mother Angelica’s personal story will resonate with another mother very close to my heart. My own. She has had some medical issues lately. Nothing life-threatening. But we have been talking a little more about end-of-life-stuff. Of course, there has been a recurring theme throughout our conversations, and she wouldn’t mind if I shared it with you:

My mother does not want to suffer.

Of course, I don’t want to suffer either. And – I’m willing to bet – neither do you. So what’s the big deal, you ask?

Well, my mother has the attitude that she would not want to live if she couldn’t take care of herself (not an uncommon sentiment these days). Extremely independent, she would consider it the worst of all fates if her children or a caregiver had to care for her in her later years. Or if she couldn’t walk or drive or see (she has macular degeneration) or worse.

But Arroyo illustrates, through Mother Angelica’s example, the spiritual power that one can have, particularly because of her physical weakness:

Mother was – spiritually speaking – stronger than iron, and yet she couldn’t stand or feed herself during the last few years of her life. Her final bittersweet act was in some ways a conscious oblation of self. In 2000, following a near-death experience, she shared with me a prayer she had been offering to God: “Lord, I want you to use me in any way you want. I don’t care what it is. Just don’t let me see the fruit.”

For the most part, she wouldn’t see the fruit. But having always considered redemptive suffering a gift, she embraced this last drawn-out trial as she had all those that preceded it. “Whether I am suffering in a physical, mental, or spiritual manner, I resemble Jesus at those moments – and the Father looks at us in our pain and He sees His son in the most beautiful way. That’s what makes you holy. Don’t rebel,” Mother taught. “Our pain only has meaning when we unite it, out of love, to the suffering of Christ. -p. 219

For some people – my mother, for instance – stuffy language and beautiful doctrine crash like a clanging cymbal on deaf ears. But you’ll find none of that here. Only a little lady who, through great faith and hope, united herself completely to the cross of Christ, and took whatever He offered with great grace and humility.

If there’s anyone who could show my mother the value of suffering and the sheer beauty of uniting one’s cross to Christ’s, it’s Mother Angelica. Rather than pour on the schmaltz, Mother told it like it is:

“One of the lessons I’ve learned is that suffering and old age are most precious. You know why? Because at that point in our lives we’re powerful.” p. 185

Mother meant that the elderly and infirm enjoy long hours with God alone, hours to pray and intercede for others. It is a mysterious power, but it is a power nonetheless. Just as their bodies weaken, their spirits are emboldened. As death draws near, fears diminish. So does interest in the material world.

If you ever wanted to illustrate the beauty and gift of suffering for a friend or family member – or even witness it for yourself in living color – I highly recommend this book. Written in a casual voice that is easy and enjoyable, Arroyo hits home when it comes to relaying, through Mother’s experiences, our close connection with the spiritual world.

As it happens, this morning while getting ready, I decided for the first time ever to pull up a YouTube video of an old Mother Angelica Live Classics show  – this after reading several letters people have written about her impact on their lives, even in her later years when they found re-runs of this nun speaking in her animated and joyful way. Sadly, I’d never watched Mother Angelica when her show was on live. But that will change now that I’ve found the “Classics.”

Surprisingly, I found a video on the Sacred Heart of Jesus. Mother mentions in the video His words to St. Gertrude:

“Whenever you willingly offer yourselves to me, you truly glorify me.”

If anyone ever truly glorified Our Lord, it was Mother Angelica, through her complete offering of self – particularly in the last years of her life. This paradox of power and strength resonating in humility and weakness will convince even the most stubborn skeptic that suffering, when offered in love, can have great merit.

I thought you might enjoy her talk about the Sacred Heart on this special day: