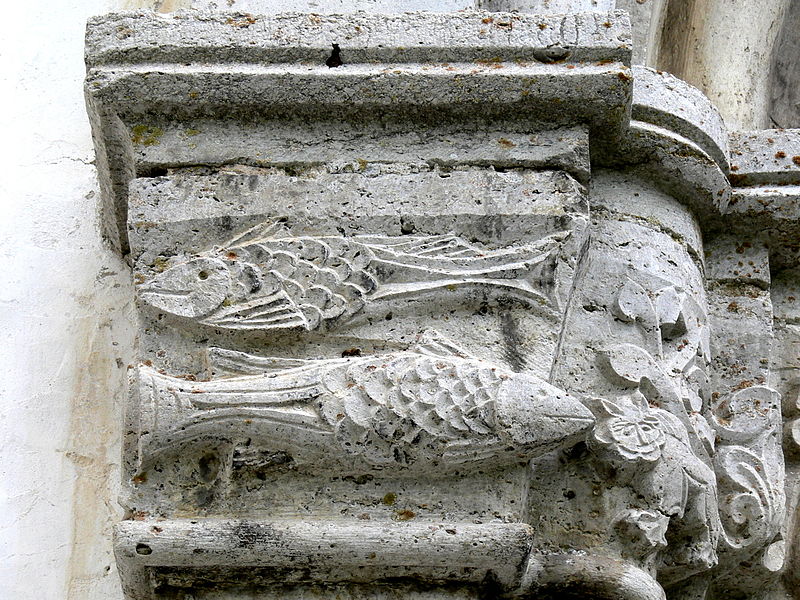 Today, the most recognizable symbol of Christianity is a cross.  This once-popular method of execution by the Romans was forever changed after Jesus conquered His own

crucifixion by rising from the dead.  Interestingly, the cross was not one of the principal symbols the first Christians used to identify themselves as followers of Jesus, however.  Why not?  Probably because it was far too obvious.  To publicly declare oneself a Christian, especially during the 2nd and 3rd centuries, was a crime punishable by death.  While many believers publicly professed their faith when pressed to do so, they were not necessarily in the habit of volunteering such information.  This was by no means an act of cowardice, but rather an act of prudence.

Rather than openly advertise their Christian beliefs with a cross, they utilized less obvious, though deeply meaningful symbols to identify themselves to one another.  For example, they would impose the Greek letters Chi (X) and Rho (P) atop one another in the now familiar traditional symbol for Christ.  They did so because these are the first two letters of the Greek word for Christ.  Incidentally, this is why the letter Chi (X) is used even today as an abbreviation for Christ (e.g., Xmas for Christmas, Xianity for Christianity, etc.).  Another common ancient Christian symbol—often seen today on the backs of vehicles—is the fish.  This clever innovation, used by our Christian ancestors, makes an acronym out of the first letters of the phrase, “Jesus Christ, the Son of God, the Savior,” which spell “ichthus,” the Greek word for “fish”.  Thus, the symbol came to represent Christians in the first centuries.

So why all this Greek in early Christianity?  Under the Roman Empire, while Latin was spoken as the official language, Greek was more commonly spoken among its subjects.  Indeed, many of the Jews of the Diaspora spoke Greek better than they did Hebrew.  These Greek-speaking Jews, along with Greek-speaking pagans, became the more likely candidates for conversion to Christianity than many of the Hebrew-speaking Jews of Israel.  Since Greek was the unofficial language of the time, it, therefore, became the first language of Christianity—so much so that the entire New Testament was originally written in Greek.  This is why we hear Jesus describe Himself in Revelation as “the Alpha and the Omega,” the first and last letters of the Greek alphabet.  Furthermore, even the liturgy pays homage to our Greek-speaking roots by retaining one of the oldest titles for Jesus in its original Greek: Kurios, which means “Lord”.  Remember, in order to avoid uttering the Holy Name of God unnecessarily, faithful Jews would substitute the title “Lord” for God’s Name.  By using this same title, the first Christians were professing that Jesus Christ is the same Lord, the same God of Israel.  It is Greek we speak, not Latin, when we say, “Kyrie, eleison.  Christe, eleison.  Kyrie, eleison.”